Florida Democrats Panic as Election Day Approaches: 'We've Got to Stop the Bleeding' - 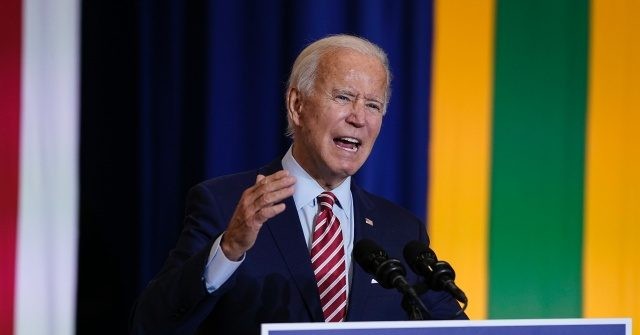 Democrats are expressing unease as the election enters its final stretch, acknowledging that progressives are not seeing sufficient voter turnout in Florida’s Miami-Dade — the county in which Democrats need a strong showing to flip the state blue — particularly among young, minority voters.

Statewide, Republicans have outpaced their opposition in early voting, holding a 474,229 early voter advantage and narrowing the Democrats’ overall lead (which they hold because of a sizeable increase in absentee voting) to less than 164,000 on Friday. As of Thursday, 53 percent of Democrat voters had turned out to vote in the crucial blue county compared to the 59 percent turnout for Republicans. The six-point lead is “twice the margin Republicans had at this point in 2016,” according to Politico.

“Among Hispanic voters, who make up nearly 70 percent of the county’s population, the deficit is even bigger — 9 points,” the outlet reported.

Matt Isbell, a “Florida-based Democratic data analyst,” told Politico the issue with Hispanic turnout appears to be worse in Miami-Dade than nearby counties.

“Democrats have a big turnout issue in the Hispanic community in Miami-Dade,” he said, noting that Hispanic turnout for Republicans is 57 percent compared to 48 percent for Democrats.

“This large of a gap doesn’t exist in Broward or Orange. It is a Miami problem,” he said.

Kimberly Guilfoyle, the national finance chair of the Trump Victory Finance Committee, expressed confidence in President Trump’s odds in Florida in an interview with Breitbart News this week. She attributed her sentiments to, particularly, the “influx of support from Latinos, the Hispanic community, [and] everybody coming out for Trump.”

“Just comparing the juxtaposition between 2016 and 2020, to see the robust support from Latinos and Hispanic Americans coming out in enthusiasm and record numbers for President Trump at the rallies, at the bus stops, everything I’m seeing across Florida tells me that this has been a game-changer for the president,” she said — an observation that speaks to the Democrats’ mounting fears.

“There is not the turnout here [Miami] in the black community that I’ve seen in the past. I can speculate about the reasons, but the fact is it remains concerning,” he said.

For those reasons, Democrats are “sounding the alarm” as members of their party are not showing up in Miami-Dade in the same volume seen four years ago.

Democrat officials and operatives largely attribute it to the Biden campaign’s lack of a ground game in the Sunshine State.

“I screamed. Hollered. I called. I lobbied from the top to the bottom,” said Rep. Frederica Wilson (D-FL), who represents Florida’s 24th Congressional District, which includes parts of both Broward and Miami-Dade counties.

Wilson said they did not get funding for groundwork until “late in the campaign,” though she hopes Democrats will be able to make a final, forceful, push over the weekend. She and other Democrats are largely banking on last-minute get out the vote efforts, including “Souls the Polls,” where churches encourage their congregations to go vote after service.

According to Politico, the NAACP is “helping Wilson produce a video for the virtual church services that talks about the dual threats of coronavirus and not voting.”

Joshua Geise, Florida director for America Votes, described as “an independent organization coordinating with 50 groups on the ground to turn out voters for Biden,” said he would “rather be in our position than theirs,” explaining that Democrats will make a massive, final push in the county days before the election. However, he acknowledged that Democrats have “got to stop the bleeding.”

The worries come as Republicans continue to narrow the overall gap in ballots cast statewide. Last week, Democrats held a nearly 487,000 advantage. As of Friday, Republicans, primarily through early voting, cut their advantage down by over 323,000, according to data from the Florida Division of Elections. From Thursday to Friday alone, Republicans closed the gap by more than 43,000 votes.

Republicans, however, have long dismissed the Democrats’ early celebration of their lead in the state, noting that Democrats now have the smallest registered voter advantage in the state’s history — a 134,242 voter lead. Republicans have added nearly 445,000 voters to the Democrats 298,000 since 2016.