Donald Trump Thanks Harry Reid for Another Supreme Court Pick - 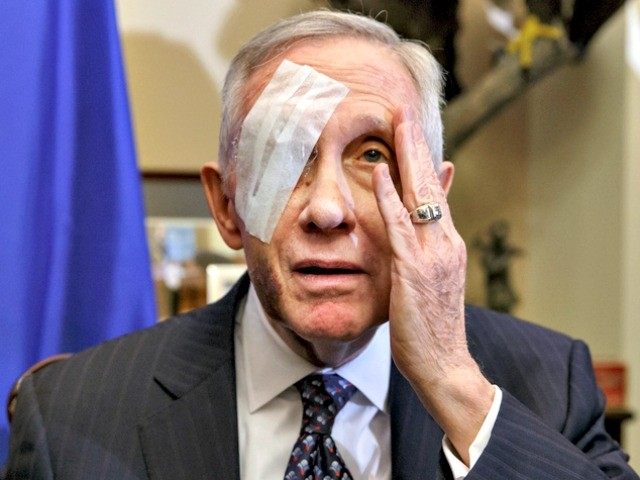 “Thank you very much Harry, I hope you are enjoying your evening,” Trump said at a campaign rally in Jacksonville, Florida.

“Remember that it was Harry Reid that made this all possible,” Trump said, referring to the former Senate Majority Leader who in 2013 ended the requirement for a two-thirds majority (60 votes) to confirm most judicial appointments, with the exception of Supreme Court justices.

Under President Donald Trump, Republicans have been able to confirm Supreme Court judges with a simple majority.

Trump noted that Democrats were so frustrated they floated the idea of packing the Supreme Court with additional justices to root out the conservative majority.

“I guess we could do that too,” Trump warned.

The president celebrated the upcoming pick, which he plans to announce on Saturday at 5:00 p.m.

“This will be my third, and we’re in great shape,” Trump said, noting how unified the Republican party was.

“Even Mitt’s on board,” Trump marveled, referring to Sen. Mitt Romney. “I’m no longer angry at Mitt because he’s being very nice on the Supreme Court.”