Trump Promises Middle East Peace 'Without War and Without Losing' - 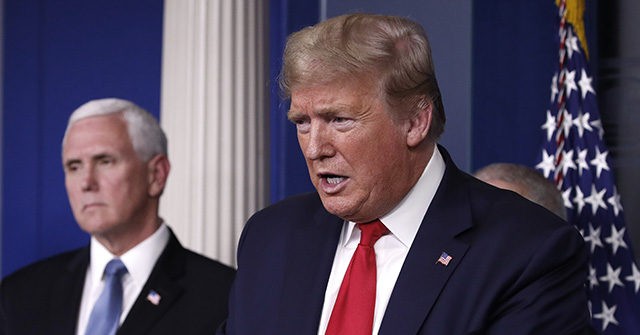 President Trump celebrated the agreement between the United Arab Emirates, Bahrain, and Israel brokered by the United States to normalize relationships with Arab countries and Israel.

“I have numerous other countries in that region that are going to be signing very soon also,” he said. “You’ll have peace in the Middle East, and this is without war and without losing.”

Trump spoke about the deal during an ABC News town hall with George Stephanopolous on Tuesday night.

The president spoke about the difficulty of witnessing families waiting for the remains of slain soldiers returning from overseas at the military base in Dover, and he grew angry of the politicians who sent them to the Middle East.

“Going there was the worst decision in the history of our country,” Trump said. “We’ve spent $8 trillion and we’ve lost thousands of lives but really millions of lives because I view both sides.”

Trump reminded voters that Iraq and Saddam Hussein did not knock down the World Trade Center and conduct the 9/11 attacks.

“They made a mistake,” Trump said about the decision to go to war in the Middle East.

The president added that he rarely met a soldier who agreed with the decision to invade places like Iraq.

“It was the worst mistake, the most costly mistake, in the history of our country going into the Middle East,” he said.