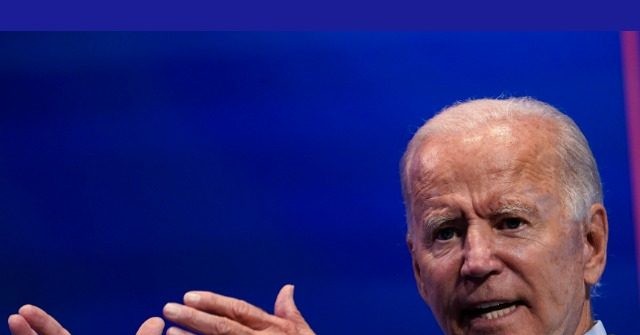 The former vice president, who has struggled to make inroads with the Sunshine State’s large Cuban-American population, first broached the comparison during an interview with Univision Orlando when asked about claims Trump has made alleging the Democrat ticket is a “trojan horse” for more radical elements of the progressive movement. Biden responded that attempts to paint him as a “socialist” were foolhardy given the incumbent and “who he admires.”

“Trump has more in common with Castro than with Churchill,” the Democrat nominee told the outlet, adding that Trump “admires Putin, he admires Xi, he admires everyone who behaves in an authoritarian way. I am the exact opposite. I have faith in the democratic system.”

Biden repeated the claim later the same day, this time during a televised interview with José Díaz-Balart for Noticias Telemundo. During the sit-down, the former vice president was again asked about Trump’s efforts to portray him as a tool of the “extreme left.” He responded:

I have supported my whole life the basic fundamental American values of decency, honor, fairness, giving people an opportunity … to work there way up. This president has done none of that. This president embraces dictators, he’s more like Castro than Churchill. He has no affinity whatsoever with what average Americans are worried about.

The comparisons to Castro come as the former vice president is attempting to jumpstart his campaign among Florida’s Latino population, specifically its large Cuban-American contingent.

A poll by the Miami Herald released last week found Biden underperforming in Miami-Dade County, a heavily Democratic area that is key to the party’s efforts to win the state. The poll indicated that in a head-to-head matchup, Biden received 55 percent among the county’s voters, compared to Trump’s 38 percent. Four years prior, former Secretary of State Hillary Clinton crushed Trump in the county, 63 percent to 33 percent.

The results in Miami-Dade County appear mirrored across the state, at least according to a poll commissioned by Unite the Country, a leading pro-Biden Super PAC. That poll found 56 percent of Cuban-Americans across Florida held a favorable view of Trump, compared to 42 percent unfavorable. Among the demographic, the incumbent led the Democrat nominee by 18 percentage points.

Biden’s trouble with Cuban-Americans could be a reason why Biden trails Trump among Florida’s Latino population in a recent NBC/Marist College poll. That survey found that Trump led among the demographic with 50 percent support to Biden’s 46 percent. Even though the margin is small, the results are surprising, given that Clinton received 62 percent of Florida’s Latino vote to Trump’s 35 percent in 2016.