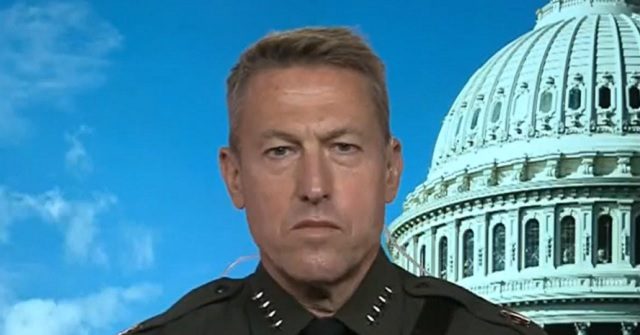 During an interview aired on Friday’s broadcast of the Fox Business Network’s “WSJ at Large,” Border Patrol Chief Rodney Scott stated that thanks to a partnership between state and federal authorities in Portland, Thursday night was the first time “in over two months that federal agents didn’t face a direct and immediate threat of being burnt alive inside that federal building.”

Scott said that Thursday night “was the first time…in over two months that federal agents didn’t face a direct and immediate threat of being burnt alive inside that federal building. The reason for that was because the state stepped up and partnered with us and actually took away the ability for the anarchists and these violent individuals to attack the federal building and the courthouse at will from a park across the street from city property. That partnership together now has made that entire area significantly safer. Because the federal agents are doing their job, and the state is doing their job. And that partnership, when it’s together like that, works.”

He also said, “[W]hen I say burn down, the fireworks that you’ve heard about being aimed at our personnel, those are commercial grade. Those were the equivalent of the fourth of July fireworks you see in your cities, that go hundreds of feet up in the air, aimed directly at our personnel.”