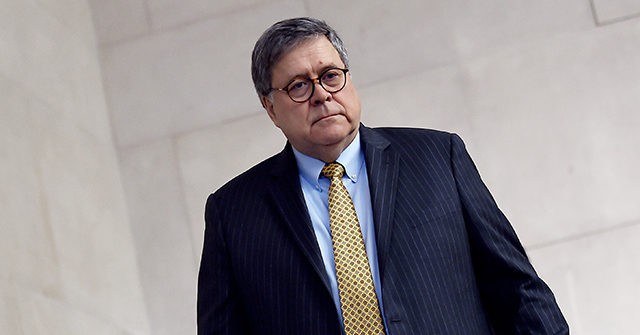 During an interview with ABC News released on Wednesday, Attorney General William Barr stated that he agrees with the sentiment that black lives matter and that sentiment applies to people who are victims of homicides, and black lives also matter “in the sense of ensuring that African Americans fully participate in the benefits of this society and their lives flourish.”

Barr said he distinguishes between the Black Lives Matter organization, which he disagrees with, and the sentiment that black lives matter. He continued, “Obviously, black lives matter. I think all lives, all human life is sacred. I also think that it’s being used now — is sort of distorting the debate to some extent. Because it’s used really to refer exclusively to black lives that are lost to police misconduct, which have been going down, statistically. Five years ago, there were 40 such incidents, this last year it was ten. So, at least it’s a positive trajectory there, but then you compare it to 8,000 homicides in the African American community. Those are black lives that matter, too.”

Barr also stated, “It’s also black lives matter, in the sense of ensuring that African Americans fully participate in the benefits of this society and their lives flourish.”

← Barr: There ‘Is a Widespread Phenomenon’ of African Americans Being Treated with ‘Extra Suspicion’ by Police 9 Radical Ideas in the Biden-Sanders ‘Unity’ Platform →