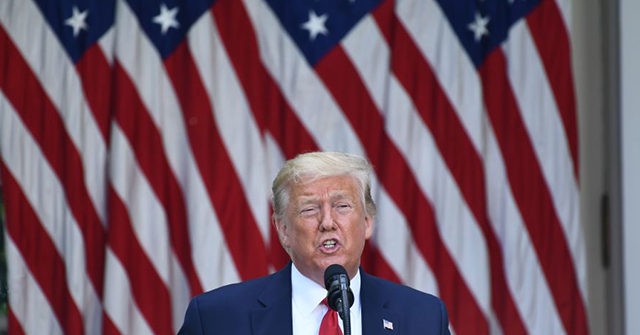 Watch President Donald Trump’s speech at “Salute to America” live on Saturday, the Fourth of July, in Washington, DC, at 6:40 p.m. EST.

The entire day’s event will include a traditional fireworks display, as well as demonstrations from the U.S. Navy Blue Angels and the Air Force Thunderbirds.

The president’s Salute to America event comes one day after his remarks delivered in front of Mount Rushmore, where he praised America’s values, as well as condemned those who have been toppling statues and historical monuments.

← Hillary Clinton: ‘I Don’t Know’ If Trump Will Leave Office if Defeated President Trump Lists Those to Be Included in American Heroes Garden →