Kristi Noem: We Will Not Be Socially Distancing at Mount Rushmore Event -

Home  /  UNITED STATE   /   Kristi Noem: We Will Not Be Socially Distancing at Mount Rushmore Event 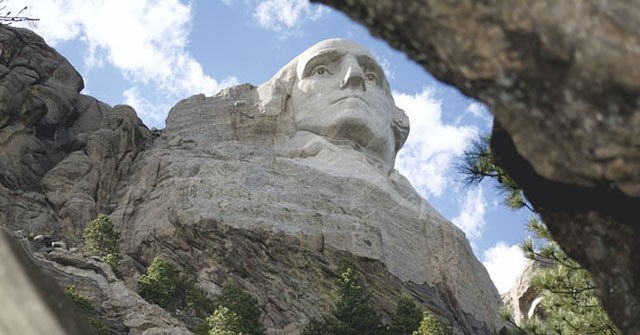 South Dakota Gov. Kristi Noem (R) on Monday previewed the upcoming Independence Day celebration at Mount Rushmore, saying that masks will be provided but will remain optional and that there will “not be social distancing.”

South Dakota’s Mount Rushmore Fireworks Celebration will take place July 3. The event, which President Donald Trump will attend, will feature a flyover, fireworks, “performances by Native American artists, appearances from the United States Air Force Academy concert band, and many other talented people,” according to the event page’s FAQ.

While free masks will be handed out to attendees, they will not be required to wear them, according to Noem.

“We will have a large event on July 3. We told those folks that have concerns that they can stay home, but those who want to come and join us, we’ll be giving out free face masks, if they choose to wear one. But we will not be social distancing,” Noem said during a Monday appearance on Fox News Channel’s The Ingraham Angle.

“Every one of them has the opportunity to make a decision that they’re comfortable with,” she said of South Dakotans.

Attendance is limited to roughly 7,500 participants, which were chosen by lottery.

South Dakota has reported 6,716 coronavirus cases and 91 deaths, according to the state’s Department of Health website. The state had 807 active cases as of Tuesday.

The gathering comes as thousands of demonstrators across the country take to the streets, largely ignoring social distancing guidelines themselves. Thousands, for example, recently gathered in Chicago for an unofficial pride march, despite Mayor Lori Lightfoot’s cancellation of the event. While demonstrators were encouraged to follow the city’s mask and social distancing rules, photos show throngs of activists, many of whom were not wearing masks:

Having bright and beautiful memories today of the 2019 Chicago Pride Parade. Pride matters! Inclusion for all!! pic.twitter.com/I6ZT9Z0N4T

Meanwhile, critics have begun to publicize complaints about not only the highly anticipated Independence Day event but Mount Rushmore itself.

The Democrat Party on Monday evening tweeted and deleted an attack on Mount Rushmore, accusing the president of “holding a rally glorifying white supremacy at Mount Rushmore–a region once sacred to tribal communities”:

And… deleted as I expected. Don’t worry, @TheDemocrats; I saved it for you. pic.twitter.com/ElV0F8yWiO

Noem last week vowed to protect Mount Rushmore from the radical leftists who have been demanding the removal of historic memorials, statues, and structures across the country:

“What my message is, is that this is no longer about equality, this is a radical rewriting of our history, and in South Dakota we won’t stand for it,” Noem emphasized during a Fox & Friends appearance last week.

← Trump: I Am ‘The Lone Warrior’ EU Bans U.S. Travellers, But May Allow Travel from China →