'I Can Hardly Wait': Biden Commits to Three Debates with Trump - 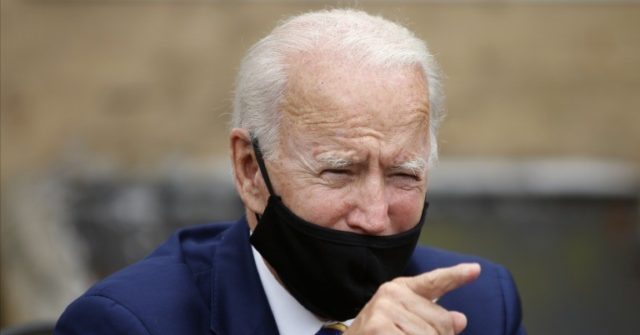 Joe Biden said on Tuesday he was eager to face off against President Donald Trump ahead of the general election, committing publicly to the customary three debates utilized in years prior.

“I can hardly wait,” the former vice president told reporters after a speech lambasting Trump’s handling of the coronavirus pandemic while in Wilmington, Delaware. The remark was in response to a reporter asking Biden if he had begun preparing already for the debates.

Later when asked by another reporter if he would commit to doing the customary three debates between the presidential candidates, Biden asserted he would take part, even stating that he was “looking forward to them.”

Biden’s commitment comes less than a week after his campaign informed the Presidential Debate Commission they were refusing overtures by Trump to take part in more than three debates. The president, who had initially flirted with the idea of skipping the events in general, had made an aggressive push for more debates, with less formal rules. Trump, in particular, sought to decrease the role of moderators, allowing each candidate more time to discuss their agenda and priorities before a national audience.

In turning down the request for more debates, Jennifer O’Malley Dillon, Biden’s campaign manager, accused the president of attempting to “distract” voters from his handling of the COVID-19 crisis.