Nancy Pelosi: Does the Intel Community Fear Trump Will Leak to Putin? - 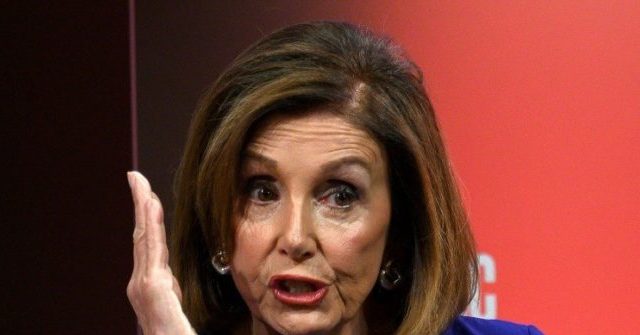 Appearing Monday on CNN’s The Lead, House Speaker Nancy Pelosi (D-CA) wondered whether U.S. intelligence officials did not brief President Donald Trump on unconfirmed reports regarding Russia because they were afraid he would leak the information to Vladimir Putin.

“My first reaction when I heard it is, my goodness I hope this isn’t true,” House Speaker Nancy Pelosi reacts to reports about Russian intelligence officers offering cash rewards to Taliban fighters to kill US and UK troops in Afghanistan. “This is a serious as it gets.” pic.twitter.com/7Areoirokq

A transcript is as follows:

JAKE TAPPER: Sources tell CNN that eight Republican members of Congress were briefed today on this intelligence by the White House, and that Chief of Staff Meadows has offered to brief a group of Democrats tomorrow. Have you spoken with anybody at the White House about being briefed about this shocking intelligence?

HOUSE SPEAKER NANCY PELOSI: Well, shocking intelligence it is, and it would be my hope that it isn’t true. But it seems clear the intelligence is real. The question is whether the president was briefed. If he was not briefed, why would he not be briefed? Were they afraid to approach him on the subject of Russia? And if they were concerned if they did tell him, that he would tell Putin? There’s a lot that remains out there.