Vernon Jones to Biden: 'You're Not Entitled to Black Support" - 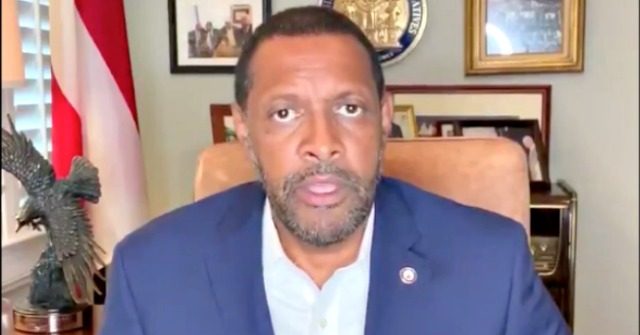 Georgia State Representative Vernon Jones, an African American Democrat, t0ld Joe Biden that he was not “entitled” to black support after the former vice president said black voters who were not sure who to vote for in the upcoming presidential election “ain’t black.”

“I’ve been black all my life. But I’ve never been anyone’s property, especially not @JoeBiden,” Jones tweeted. “You’re not entitled to black support, Joe. You haven’t even earned it.”

I’ve been black all my life.

But I’ve never been anyone’s property, especially not @JoeBiden.

You’re not entitled to black support, Joe. You haven’t even earned it. pic.twitter.com/ZcqKC0dMak

He added in a video statement with his tweet:

You ain’t black? See, first of all, I have a problem with his choice of language. And secondly, this is a prime example of how liberal Democrats, they love to dictate the way black people should think.

Well, you know what? I have a message for Joe Biden. Let me be clear about one thing. I ain’t voting for you but I am black. And I am voting for President Donald J. Trump. You got me Joe Biden and those other liberals who think you can think for us? Now we’re not black if we don’t vote for you? What an insult.

Jones’s comment came after Biden on Friday morning told popular radio show host Charlamagne tha God on The Breakfast Club that if still did not know who to vote for, then “you ain’t black.”

Jones is a Democrat but came out earlier this year in support of President Donald Trump’s reelection, citing Trump’s actions to help the black community such as criminal justice reform, unemployment, and support for historically black colleges and universities. After backlash from Democrats, he announced he would resign. However, he changed his mind about resigning after being embraced by conservatives.

← Hudson: A Deplorable Moment for Every Black American in This Country Herschel Walker Blasts Biden for Comments on Black Voters: ‘You Don’t Determine Who We Vote For’ →