Herschel Walker Blasts Biden for Comments on Black Voters: 'You Don't Determine Who We Vote For' -

Home  /  UNITED STATE   /   Herschel Walker Blasts Biden for Comments on Black Voters: ‘You Don’t Determine Who We Vote For’ 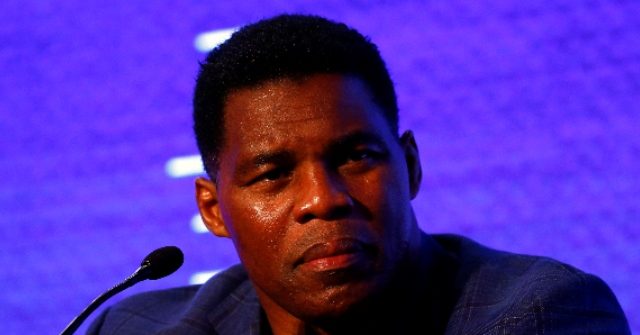 During a Friday interview on The Breakfast Club, Biden told host Charlamagne tha God that if black people were “confused” about whether to vote for him or Trump, then they “ain’t black.”

“If you have a problem figuring out whether you’re for me or Trump, then you ain’t black,” Biden said to Charlamagne.

Walker took to Twitter and let the former Veep know that “black and brown skinned people can think for themselves.”

Wow. I just watched former Vice President @JoeBiden… Does he not understand that black and brown skinned people can think for themselves. You don’t determine who we vote for. @DonaldJTrumpJr @FoxNews @espn @CNN @POTUS @realDonaldTrump #YouAintBlack

Reaction to Biden’s remarks were quick and severe. By mid-afternoon, Biden said he regretted the comment.

“I should not have been so cavalier. I’ve never, never, ever taken the African American community for granted,” Biden said during a call with black business leaders, according to CBS News reporter Ed O’Keefe.

To black Republican Senator Tim Scott, however, the comments were not that easily explained away.

“I thought to myself, as an African American, been black for 54 years, I was struck by the condescension and the arrogance in his comments,” Scott said during a conference call. “I could not believe my ears that he would stoop so low to tell folks what they should do, how they should think, and what it means to be black.”